skip to main | skip to sidebar

After our work on Disneyland, Microsoft came to us for help on Star Wars. The company in charge at the time wern't doing so well with the UI, so we were tasked to do a overhall on the menus and animations.

I've included some of the menu concepts, that started out as R2 projecting the menu to it being in the council hall. We got this back in November 2012 if I remember correctly, so at the start we only had two game modes. We inititally had 2months to complete everything, but as we all know the game got delayed. We did however have a early copy of the dancing stages haha. I didn't get a copy of the game to see it in it's final form, but I do know that my name is 18mins into the credits haha. Also they spelt my name WRONG!! :( 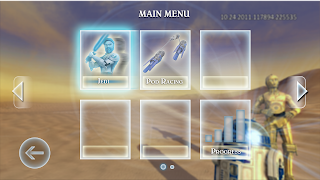 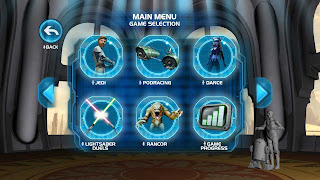 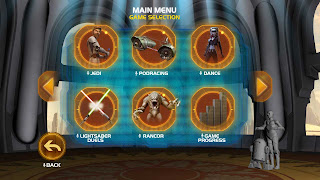 I did animation work for the game too, this is just an example of a button test I did. The code was done by Jon Pace. The button is fully interactive, with an over and pressed animation.

The last lot of artwork I did at Frontier before I departed. I'm actually not 100% sure what made it into the final game except the screen shots I've seen. I know the track pieces are different but other than that not a scooby doo. I do have the game but havn't played through it properly to see. 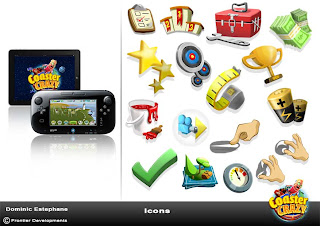 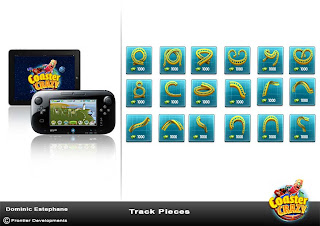 Email ThisBlogThis!Share to TwitterShare to FacebookShare to Pinterest
Finally got round to adding more work from my time at Frontier. Kinectimals mobile/now with bears! 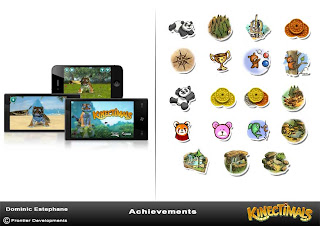 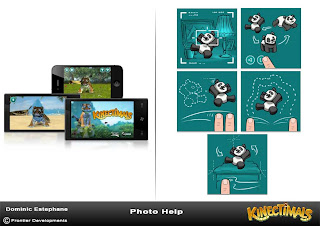 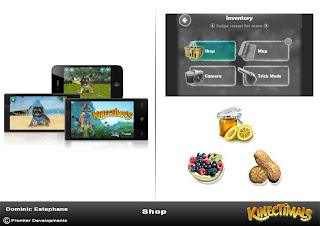 Right Click on the image and select play to go to the next Frame. The file is corrupted so I'm not able to add a button unfortunately.

Still need to do some clean up on Supes and his cape. Finalise the cam movements, and complete the intro (i.e have him take off his glasses then rip open his shirt) Character design and inspiration are from "The-Orange-One". Here is her Deviantart page: I just changed the suit into the Man of Steel one.
Posted by Dominic "DkE" Estephane at 09:16

I found these great screen grabs showing my work on Coaster Crazy! I was mostly working solo on this before I left Frontier, so the majority of the UI is mine. Minus the world, launch, effect size and the "7" icons. The lay out and the backing the icons are sitting on were done by Anil Glendinning. 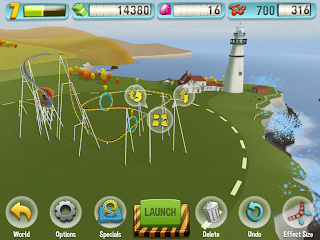 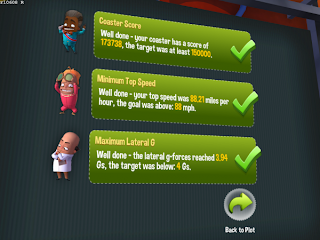 Going through my old files and found a few animations I never finished, and most likely won't go back to. Nothing exciting, but thought I'd share any ways.